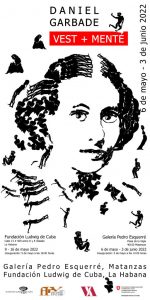 Daniel Garbade traveled to Cuba in 2014 and since then has not stopped researching his Cuban roots. In this exhibition the artist shows us the fruits of this search, and the parallels and connections between the Cuba of his ancestors and today.

His grandfather Teodoro Garbade emigrated to Cuba at the end of the 19th century to work in the tobacco industry; he married Aida Heydrich Cubero, granddaughter of the illustrious Fernando Heydrich Klein, the engineer who designed and built the famous Matanzas Aqueduct. Fernando Heydirch besides being an engineer was an artist and sculptor, sculpting among others the bust of Bismark. Daniel Garbade, great-great-grandson and also an artist, follows in his wake, creating in 2016 the plaque on Bakunin's tomb commissioned by the Dadaists of the Cabaret Voltaire.

Garbade offers us in this exhibition, a collection of works that speak of his Cuban origins. They are portraits of his ancestors, self-portraits and some landscapes, composed of hundreds of photographs digitally worked to achieve the desired artistic effect. To narrate his story, Garbade uses fabrics, clothing and T-shirts as support for his works.

The title Vest + Menté alludes to clothing and the verb mentar: which means to make an explicit reference to a person or thing. Clothes have become a very important sign of identity, like selfies on cell phones. Clothes tell us about fashions and the ephemeral nature of the things that pass through our lives; but fashions also come back with different looks, as is the case of Garbade's look at his family's past in Cuba. If we approach the works in detail, we discover fine drawings on works by Goya among others; thus Garbade reinterprets his past, his DNA, reinterpreting part of the history of art.

The exhibition is completed with the series "volver a rodar"; formed by intervened photographs of objects that belonged to his ancestors.

During the confinement, Garbade dived into his physical and emotional attic, finding forgotten objects of his ancestors that spoke of movement. Old bicycles, old and rusty scooters that during the pandemic regain a new meaning of freedom, movement, escape and identity. They symbolize the return to the origin, now reinvented and reopened, celebrating life and memory again.

In this way he achieves a surprising and surreal aesthetic, at once familiar and new, giving new life to these old objects as if it were a film; a film that resumes its shooting. Thus Garbade encourages us to resume our lives, loaded with the past, the good and the bad; symbolizing the connection between the two eras, also between two moments, pre and post pandemic.

This series "back to shooting" has recently been selected and exhibited at the photography festival PHotoESPAÑA 21 in Madrid and at the Larnaca Biennale in Cyprus representing his country, Switzerland.

At the same time, a small exhibition of the artist's works will be shown at the Ludwig Foundation in La Habana, with a colloquium conference by Garbade with Cuban artists in which the works exhibited in Matanzas will be digitally projected.

The exhibition is co-organized by Vesaniart Art Gallery, Galeria Pedro Esquerré of Matanzas, Ludwig Foundation Cuba and the Swiss Embassy in Cuba.

When Mar entered the Caves of Hercules, despite her greetings and smile, she saw almost no one. She immediately caught a glimpse of a beautiful if somewhat robotic figure, seducing one of the guests in a corner. She seemed familiar to him but he did not recognize her immediately; only when she moved away from the guest contorting her figure did he recognize her; it was Maria, the robot protagonist of the movie Metropolis (Fritz…

Hamptons Fine Art Fair (HFAF) was the first contemporary art fair in the region, contributing since its inception to the promotion of art collecting among area residents. Today's Hamptons Contemporary Art Fair, the brainchild of ArtHamptons founder Rick Friedman and his team, is a highly regarded and trend-setting contemporary art fair in the North American art scene. A prime location in the Hamptons: the HFAF is held in a spectacular 40,000 square foot pavilion (The… 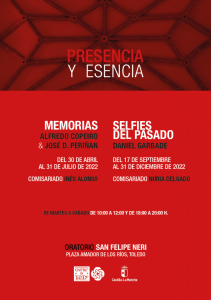