Maria Davila in the Málaga'Festival MaF 2019 with POST SCRIPTUM' exhibition, in the Caja Blanca, from February 27 to March 24. Exhibition curated by VESANIART

Maria Davila in the Málaga'Festival MaF 2019 with POST SCRIPTUM' exhibition, in the Caja Blanca, from February 27 to March 24. Exhibition curated by VESANIART 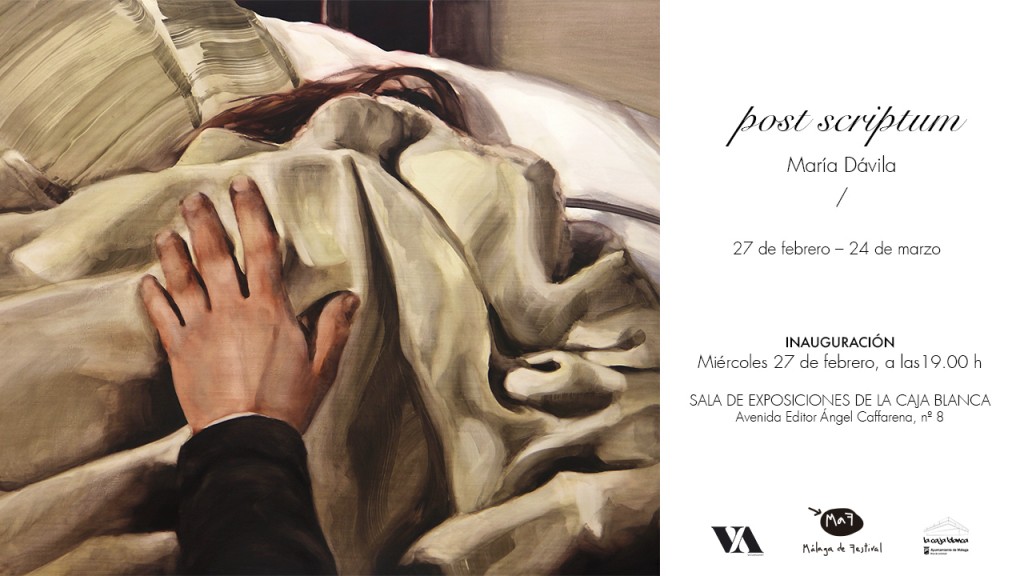 VESANIART participates in the Festival of Malaga MaF 2019 with the exhibition POST SCRIPTUM by Maria Davila, in the exhibition room of the Caja Blanca, from February 21 to March 24. This project is articulated around the thin border between reality and representation. Under this premise, we propose a pictorial project where it operates a continuous referential slide between painting, cinema and theater, in its common aspiration of mimesis and artifice. The unfolded nature of reality in the image and the image of reality serves as a point of inflection to trace these analogies through scenes and faces that invoke our gaze as if from the other side of a mirror.

The artistic work of María Dávila reflects on the determining influence of the photographic and filmic media in our way of seeing and interpreting the image and the world. Using painting in a constant dialogue with these other visual supports, his intention is to rethink the limits between them, as well as the transformations in the relationship that the image maintains with the notions of reality, space and time. The result is articulated as well as a fragmentary set of images whose dialogue is open to the viewer’s interpretation.

“The work of María Dávila is a rigorous and systematic study of the role and function of images within the framework of our visual culture. But it is also painting as a form of thought, as conduct that does not renounce its traditional values ​​and strategies of seduction and relationship with reality”. Pedro Osakar Olaiz. Professor of Painting at the University of Granada and Director of the thesis of María Dávila.